Why Do Mosquitoes Buzz in People’s Ears?

We've all been there. You’ve gone to bed on a hot summer night and opened the bedroom windows to let a little breeze in. Next thing you know, the room is filled with a whole orchestra of mosquitoes, buzzing in your ear.

That's right, the bloodthirsty pests have arrived and they're ready to feast as if your body is an open buffet. Trying to sleep with all that buzzing in your ear is a real challenge. Not to mention the biting. Why do mosquitoes even have to make this highly annoying sound?

Table of Contents
Why Do Mosquitoes Seem to Get Really Close to My Ear?
I’m Worried a Mosquito Might Fly into My Ear
How to Keep Mosquitoes Away
Summary

Why Do Mosquitoes Seem to Get Really Close to My Ear?

The female mosquito needs the protein and iron, found in blood, to produce viable eggs. Unfortunately, that source of blood is often us. The sweet combination of sweat and bacteria that is found on our bodies is an irresistible scent to mosquitoes.

So you might find yourself becoming the center of attention. A situation that is not ideal when it comes to noisy, annoying mosquitoes.

The loud buzzing noise that mosquitoes make can become really annoying very fast. At times it can feel as if they like to hang about around our ears in particular. Is that really the case though?

The truth is that mosquitoes are not particularly attracted to our ears at all. They will simply settle for any place on our body, as long as there is a good amount of blood. 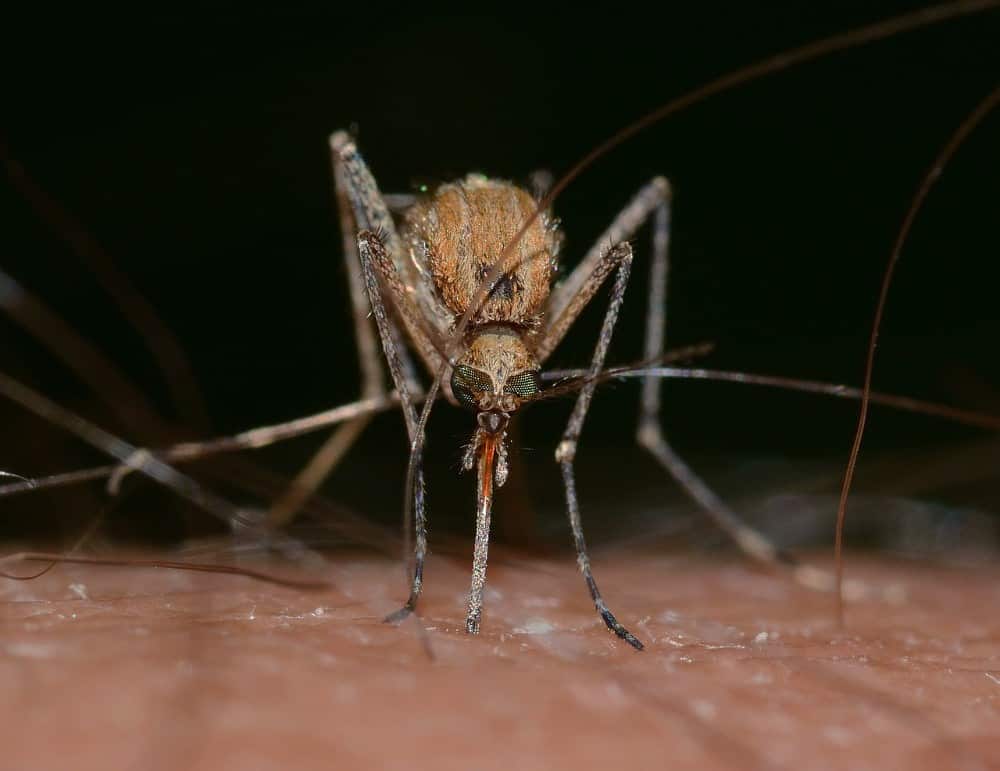 At night, when we’re often covered with a sheet or a duvet, our ears and faces might be the only part that is accessible to the mosquitoes. Mosquitoes can bite through very thin clothing and bed sheets, but they much prefer exposed skin.

The buzzing noise which the mosquitoes make can seem to be even louder at night when we're trying to sleep, or when it's very quiet. Perhaps because we are trying to relax and the buzz is one of the few noises disturbing us.

Mosquitoes don't actually make that buzzing noise to be annoying to us. Rather, it is their way of communicating with each other when they come out to feed. More importantly, that buzz is how they find a suitable partner.

The female mosquito is quite large compared to the male, in all the species. After all, it is the females who produce eggs, live longer, and feed on blood.

Their larger size means they flap their wings a lot slower than male mosquitoes. The males use this sound to determine whether or not the mosquito nearby is male or female.

Males tend to ignore the females whenever they're resting. But as soon as the females start flying around and creating that distinctive buzzing noise, the males will be lured in. 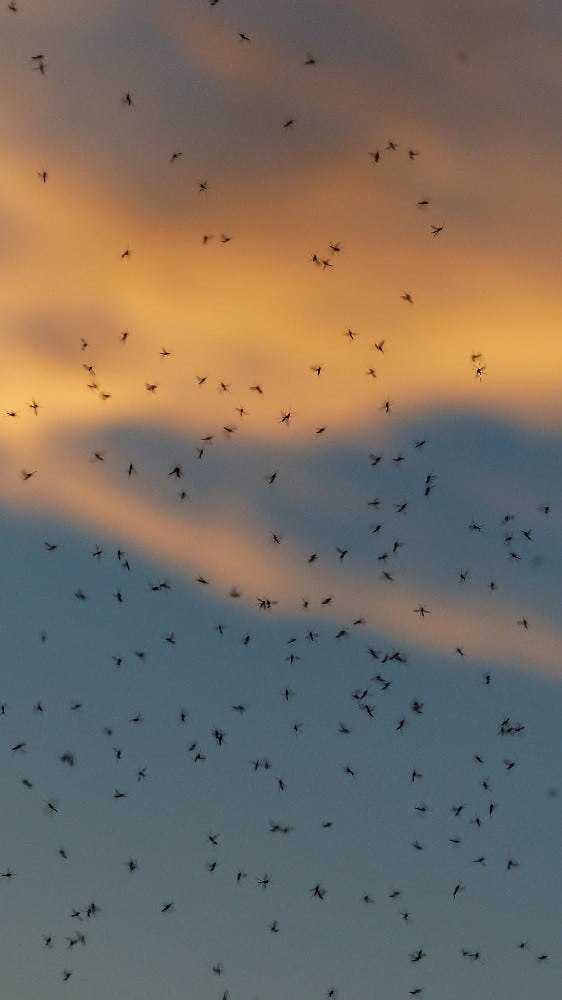 Mosquitoes have an organ inside their antenna. This organ picks up sound waves which then lets the mosquito recognize the buzz of any nearby insects. This organ goes by the name of Johnston's organ, named after the man who first discovered it, Dr. Christopher Johnston.

How Do Mosquitoes Make Their Buzzing Sound?

Many think that the buzzing sound is a result of wings beating. However, there is another tiny organ right at the base of the mosquito's wings which scrapes whenever the mosquito flies. This is what actually causes the sound. 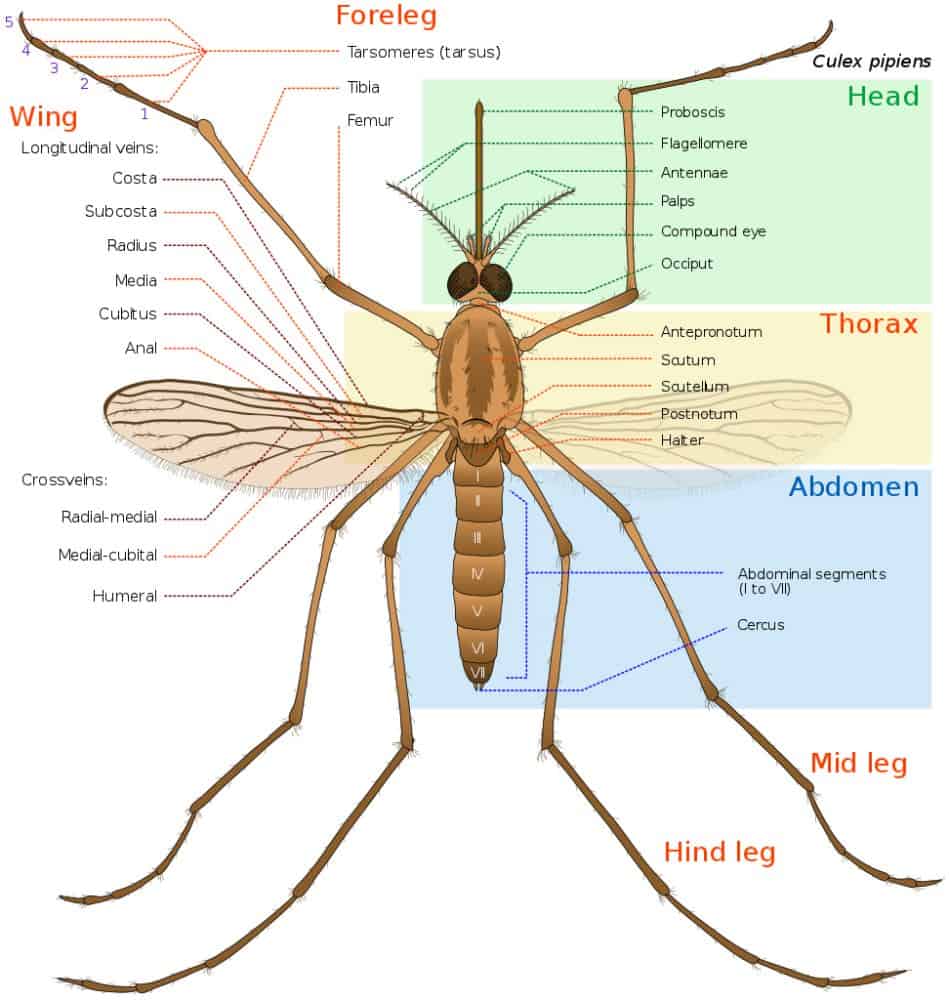 But why do these mosquitoes like to buzz in our ears? It's hard to tell and we don’t know the answer for sure. One theory is that mosquitoes come very close to our heads because they are so attracted to the carbon dioxide we exhale.

We should also bear in mind that when everything else is tranquil, a mosquito's buzz will seem much more substantial.

I’m Worried a Mosquito Might Fly into My Ear

We've all heard horror stories of people discovering a bug crawling around inside their ear. For many of us, the thought of having a mosquito resident in our ear is enough to send chills down our spine.

But will a mosquito actually fly into a person’s ear? The buzzing noise can sometimes sound like the mosquito is about to enter your ear canal, but this is less common than you might imagine.

Before you start sealing your ears at night, here's something you need to know: a mosquito will not intentionally fly into a person's ear. They have no business there. In fact, unless your ear is a nice source of stagnant water and sugary nectar, you shouldn't worry too much.

However, there have been some cases where a rogue mosquito accidentally found its way into an unfortunate person's ear. This typically happens to people who have been sleeping outside. If you are a regular camper and this is a concern of yours, read on.

There are a few signs and symptoms that might indicate that you happen to have an unwanted friend hanging out inside your ear. These include:

If a mosquito is still alive while inside your ear canal, you will feel its movements, it will also be loud and painful.

If the mosquito manages to find its way down the ⅓-inch wide, 1-inch long ear canal, it will reach the eardrum. The eardrum is a natural barrier between the outside and inside of our actual ear. This means that a mosquito in your ear can’t get very far inside at all. It would be very hard for an insect to pierce your eardrum.

In the extremely unlikely event a mosquito, or other insect, goes inside your ear, remain calm. This can be hard, but panicking won't help you. The worst thing to do if you have an insect in your ear is use a cotton swab. It will only push the insect towards your eardrum.

An ENT specialist or an emergency room nurse or doctor will be able to remove the mosquito or bug, using modified tweezers. If the bug is lodged inside, the doctor may try to flush the ear canal. The doctor may also prescribe you antibiotics if there is any damage within your ear canal.

How to Keep Mosquitoes Away

Prevention is the best cure when it comes to mosquitoes. Luckily, there are several ways to keep mosquitoes away. If you're going camping, it's a good idea to take along a mosquito repellent containing DEET, this should keep you mosquito-free for a while. Remember to reapply at regular intervals.

If you're not into chemicals, try using some essential oils instead. These natural extracts are known to be hated by mosquitoes. The best one is oil of lemon eucalyptus—not to be confused with lemon eucalyptus oil. This oil is as effective as DEET and much better for your skin.

Dabbing on a small amount of citronella oil before going out into mosquito territory can also make a huge difference. Citronella confuses the mosquito’s sense of smell, making it harder for the bugs to find you. Taking regular showers will also prevent a lot of bites. Mosquitoes love the combination of bacteria and sweat our bodies create. 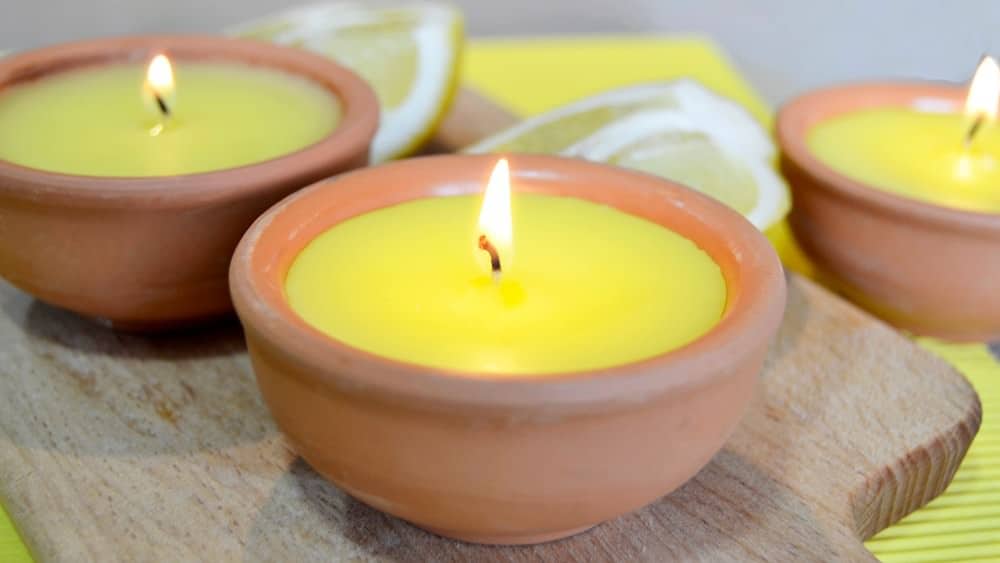 Mosquitoes buzzing in your ear are more than annoying, especially when you are trying to sleep. Don't worry too much, though, it may sound like a bug is about to enter your ear canal but it most likely won't. A mosquito's life is very short. The female has to mate, feed on blood, produce eggs and then lay them. She doesn't want to waste time inside your ear.

Mosquitoes use their buzzing noises to recognize each other, not to irritate humans. The male can actually distinguish not only between the sex of nearby mosquitoes, but also the species itself. This helps him to find the perfect mating partner. 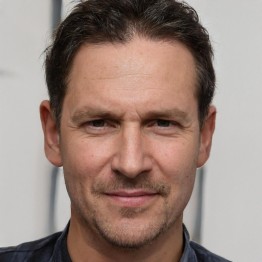