If you’re like most people dealing with bed bugs, then you may feel like nothing can get rid of them. You may feel stressed over worrying about bed bug bites every night. You may even feel defeated by these tiny pests.

Guess what? You don’t have to let the bed bugs win.

In fact, bed bugs actually have some natural predators that eat them. Now, most of these creatures cannot be utilized to get rid of bed bugs in your home. Many of them are formidable pests in their own right. Knowing they’re out there, however, may help you feel more confident in knowing that bed bugs are not actually invincible.

Here are the top bed bug predators and information about what they mean for your fight against bed bugs.

Do Bed Bugs Have Natural Predators?

After finding a bed bug colony in your home or workplace, you may be plotting revenge on these pests and wondering whether they have any natural enemies. You’ll be happy to know that yes, bed bugs have natural predators.

Just because bed bugs are finicky about what they eat sometimes (spoiler: they prefer human blood to any other meal) doesn’t mean other bugs are so choosy. Several different insect species are among the natural predators of bed bugs. Other creatures will also eat these little pests. Let’s find out more.

There are some known pests, like brown recluse spiders, that can be controlled by unleashing their natural predators in your home. In the case of the recluse spider, the predators are typically preferable.

Unfortunately, with bed beds, as you’ll see, most of the predators are creatures you won’t want in your home with you. I’m going to give you a description of each of the most common bed bug predators.

Most ants eat lots of different foods, including other insects, so preying on bed bugs is not exclusive to pharaoh ants. These particular ants, however, are distinguished as being documented eating bed bugs more often than other ant species.

These tiny ants are also well-known as indoor pests. They’re a light yellow-brown color. Similar to bed bugs, these insects reproduce quickly, and if you use the wrong methods to exterminate them, they can split off into multiple colonies with different locations in or near your home, making the job even tougher.

You may think for a moment, well, ants are better than bed bugs. Unfortunately, these ants will get into your food and can spread salmonella and dysentery.

Cockroach bites can cause infection. Additionally, they will attack any food source they find and can spread disease in your kitchen, contaminating food and surfaces.

Cone nosed bugs are one type of insects known as assassin bugs. Cone nosed bugs also go by the term kissing bugs and vampire bugs. Believe me, though, you’d rather have the bed bugs than these nasty pests.

In addition to cone nosed insects, several other species of assassin bugs will also eat bed bugs, and all of them are insects that both humans and other bugs don’t want to mess with.

Spiders of several varieties will trap bed bugs in their webs and eat them. Since spiders, unlike ants or roaches, will often inhabit bedrooms and other areas bed bugs like to live, they’re more likely to actively eat bed bugs. Another upside to spiders as bed bug predators is that they don’t typically spread disease to humans.

Unfortunately, it’s unlikely that the spiders in your home can eat enough bed bugs to actually get rid of the infestation.

The masked insect hunter is part of the assassin bug family of insects. It’s also sometimes known as the bed bug hunter, which may get your hopes up, but know that this bug readily bites when it feels threatened. Its bite is described as being extremely painful, so you probably don’t want to unleash a swarm of them on your household.

Centipedes are pretty interesting creatures. They’re not insects, which you can easily see by the number of legs they have – 30 altogether. Common house centipedes are avid hunters of insects, and will readily eat bed bugs. The problem is that you’re probably not going to end up with enough centipedes naturally living in your home to eat all the bed bugs, and where are you going to find bulk centipedes?

Even if you could mail-order a huge number of centipedes, you’d likely find them to be a nuisance after a while. They do bite if provoked, after all.

Lizards are also known predators of insects. In fact, most lizards prefer live insects as their primary source of food, so if they are presented with bed bugs, they would likely eat them. Again though, you’re going to need quite a lot of lizards to neutralize an entire infestation of bed bugs. The upside is that lizards are mostly harmless, and they’re even kind of cute.

You probably don’t want to spend the money to buy a bunch of domesticated lizards. People in areas with wild house geckos, however, have noted that the geckos tend to keep down insect populations. Unfortunately, many lizards require pretty specialized living conditions, so if you’re not in an area they are native to, it’s going to be difficult to keep a population of free-range lizards in your home.

Some people also claim that ladybugs can get rid of bed bugs, but this has not actually been confirmed. You may just end up with bed bugs AND a room full of ladybugs. Though, admittedly, ladybugs are probably a lot less annoying than bed bugs. They do not bite or spread diseases to people, and they’ll likely remove themselves to the outdoors in warmer months.

There are likely other creatures that also eat bed bugs, but it’s unlikely you’ll find any that 1) you can order or catch in bulk, 2) you can utilize without suffering the predator’s negative traits, or 3) can catch and eat enough bed bugs to effectively neutralize your infestation.

How Bed Bug Predators Help You

Okay, you’ve seen what bed bug predators are like. That means you’ve probably guessed they’re not the best option for trying to get rid of bed bugs naturally. That doesn’t mean you don’t have options, though.

Knowing that bed bugs have natural predators can help you put into perspective that they aren’t invincible. You can defeat them.

Yes, there are many bed bug predators out there, and no, you do not want to mess with them. If you unleash something like cockroaches into your home, you’re likely to be left with another pest that is nearly as difficult to exterminate later. You’re better off utilizing methods like cleaning or destroying infested bedding, clothing, and furniture, and possibly getting a whole house heat treatment from a pest control professional.

While getting rid of bed bugs without buying any additional products can be done with very small infestations, I believe that by purchasing just a few additional products, you’ll be so much better equipped, and will be able to stamp out an infestation before it gets worse. Below is my list of essential products. 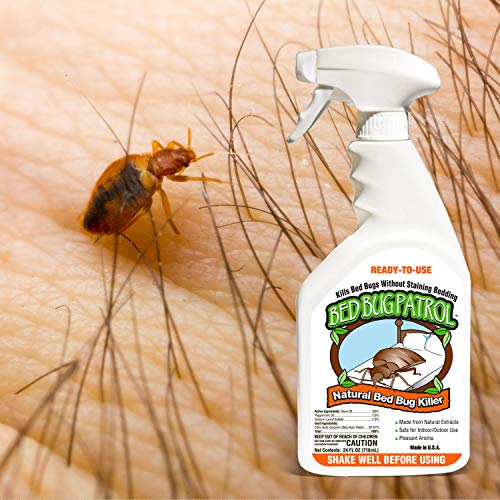 Bed Bug Patrol Bed Bug Killer – One of the best bed bug sprays that I’ve yet to personally use. Not only does it have a reported 100% kill rate against live bed bugs in controlled tests, but it’s also child and pet friendly. This product can be used against both light and heavy infestations, and most importantly, it’s laboratory tested and completely chemical-free.

Studies conducted using the treatment showed an impressive kill rate of 83% within just 30 minutes after application, and 98% within the first four hours, leading on to an eventual mortality rate of 100% over time. 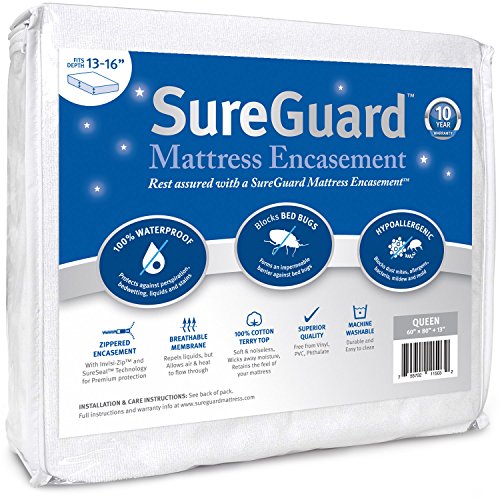 SureGuard Mattress Encasement – It’s thick, durable, and is certain to help stop bed bugs of all sizes from getting to, or from, your mattress.

The protector prevents bed bug transportation by using SureSeal technology, and by using an extremely fine zipper that not even bed bug nymphs can impregnate.

In my experience, the best and most effective bed bug traps are usually the ones that are designed to work in the simplest of ways. I’ve used the Bed Bug Blocker Interceptor Traps extensively and I find they do the job better than any other trap I’ve tried. You also get a very generous 8 interceptors per pack.

Simply place them directly underneath the bed/table/chair legs you’re trying to protect, and watch the bed bugs fall into the traps time and time again with no chance of escape. 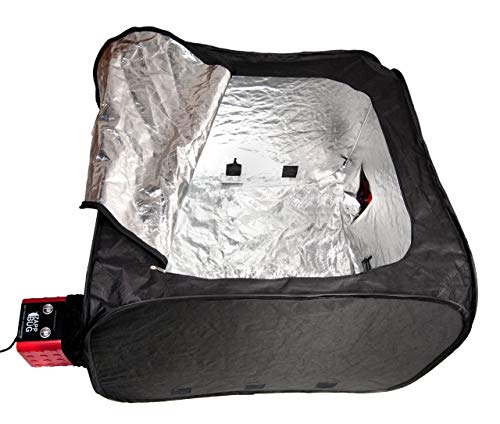 Simply place infested items into the ZappBug heater and it will automatically reach the all-important bed bug killing temperature, so you can be sure the items will come out free from all life stages of bed bug once the process is complete.